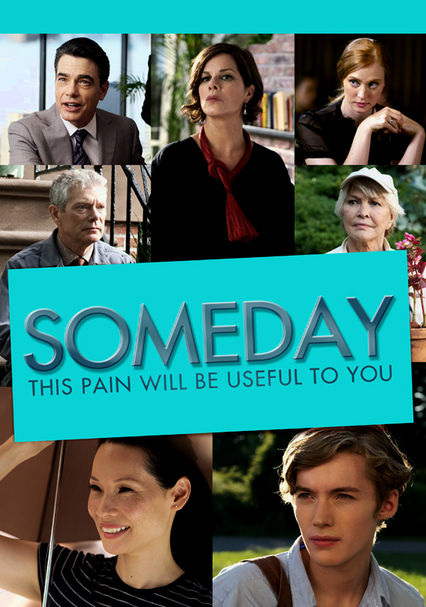 2011 NR 1h 39m DVD
A perceptive teen who's adrift in a sea of family dysfunction finds comfort and acceptance in the company of his nonconformist grandmother. Meanwhile, his mother thinks he needs a life coach, and his father thinks he's gay.

Parents need to know that Someday This Pain Will Be Useful to You is a coming-of-age tale about a recent high school graduate who doesn't know what to do with his life. Everyone's pushing for him to go to college; he's not interested, but he also doesn't know what does interest him. Expect some drinking (including by underage characters) and one scene featuring high school students getting high. There's also discussion of sex and sexual orientation and occasional swearing (including "f--k," "s--t," and more).

Some discussion about sex, including a father who's very curious about his son's sexual orientation.

Some arguments, and one teen gets into a minor scuffle with classmates.

The film says that it's OK -- in fact, it's pretty normal -- for teens to be uncertain about what to do with their lives. James, the main character, spends the entire film agonizing about his lack of direction, until he finally realizes that his feelings are totally normal.

A few characters use Apple laptops.

People, including a teen, drink wine at a party. High school students smoke pot in a hotel room while on an overnight school trip.