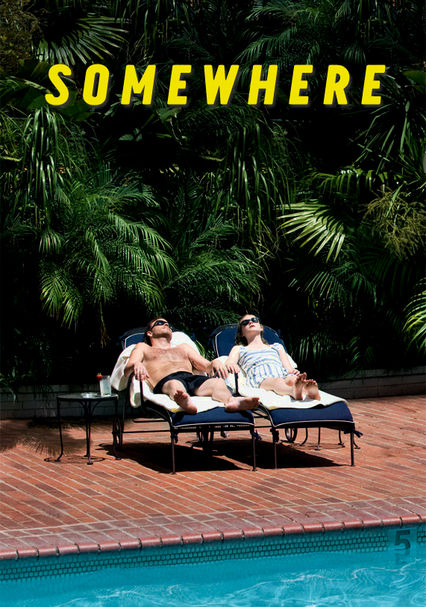 2010 R 1h 38m Blu-ray / DVD
This atmospheric dramedy centers on hard-living actor Johnny, whose life is thrown for a loop when his 11-year-old daughter, Cleo, pays him a surprise visit. As the two become better acquainted, Johnny realizes he needs to make changes.

Parents need to know that this mature Sofia Coppola drama -- which has some of the same dreamy feel of her hit Lost in Translation (but with less humor) -- is filled with adult situations, mainly sexual. The main character, a successful actor, has sex with many partners, and some women are shown topless. Characters smoke cigarettes often and sometimes drink hard liquor. Language is relatively sparse but includes words like "f--k." Several brands are also featured, most notably the Ferrari that the main character drives. The movie is beautifully crafted, but teens may not be interested in a story of a selfish father finding redemption through his daughter.

Women throw themselves at the main character, and he sometimes sleeps with them; he has multiple partners. Several women are seen topless. In one case, the hero removes a woman's underwear but falls asleep before anything happens. In another scene, a bed bangs up against the wall with the force of his lovemaking. The hero hires twin blond "pole dancers" to perform for him; their act is sexy but contains no nudity. A male masseuse takes off all his clothes to work, but little is shown.

Characters occasionally get angry with the hero and in some cases verbally abuse him.

Through Johnny's behavior during the movie, the film sends the message that positive change comes from thinking about something other than yourself -- though how lasting that change is, is unclear.

The main character drives a Ferrari, which is prominently on display throughout the movie. He plays Guitar Hero and other video games with his daughter and shops at a Big 5 Sporting Goods store. He also wears various T-shirts with logos for Pep Boys auto parts and Sub Pop records.

The main character is seen drinking beer, as well as hard liquor. He attends a party where many guests are also drinking. He also smokes cigarettes throughout.