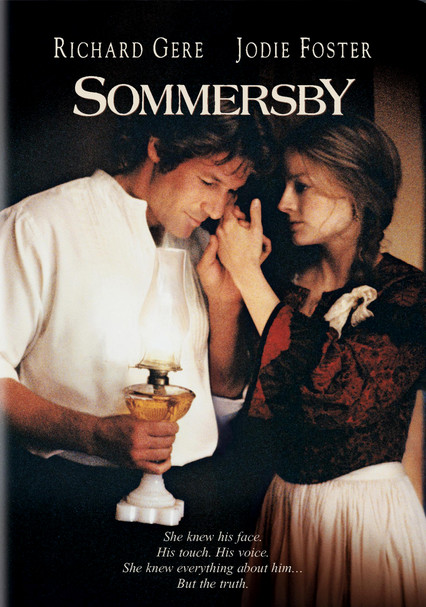 1993 PG-13 1h 53m DVD
This romantic drama stars Richard Gere as Confederate soldier Jack Sommersby, who goes home to his wife Laurel (Jodie Foster) after the war. But she assumed Jack had died, and became engaged to another man. Wracked with guilt, she takes Jack back. But while she never previously loved him, he's returned a new man. His benevolent acts attract the attention of Laurel's scorned beau, who digs into Jack's past and finds he's a wanted man.