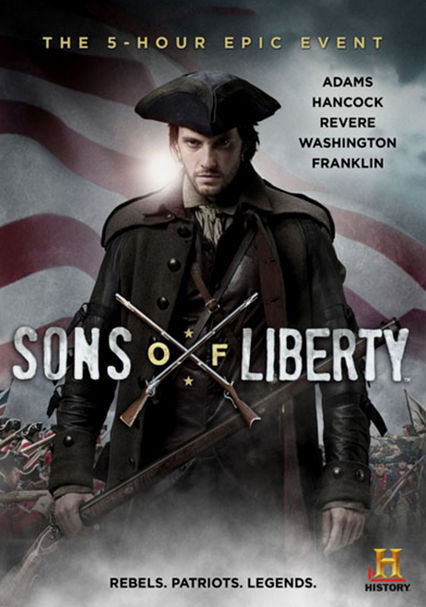 2015 TV-PG 1 season
This three-part historical miniseries chronicles the exploits of the Sons of Liberty, a secret group of rebellious young Americans who worked together behind the scenes during the colonies' revolutionary struggle to end British domination.

As riots consume the streets of Boston, a dangerous game plays out between a British governor and ringleader Sam Adams, which escalates to extreme measures - street brawls, black market dealings, espionage, and murder. A sizzling, romantic affair percolates against a backdrop of rising civil unrest, the infamous Boston Tea Party, and Paul Revere's legendary ride. From the Battle of Lexington, a clash between the dedicated colonists and the superior British Army ensues, and the colonies join forces as a single, united country in the most epic revolution of our time.