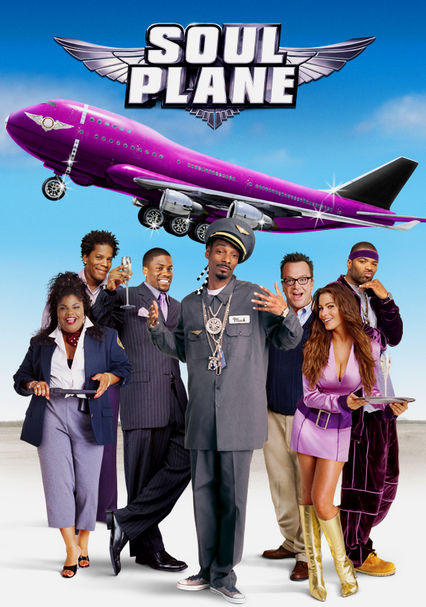 2004 UR 1h 32m DVD
When Nashawn Wade wins $100 million in a lawsuit against an airline, he decides to launch his own, dubbed N.W.A., complete with an onboard dance club and casino, bootylicious flight attendants and Snoop Dogg as the pilot.

Parents need to know that this movie has a great deal of vulgar humor and crude material that may be offensive to some audiences. The movie walks a very thin line between breaking down stereotypes with humor and perpetuating them to get a cheap laugh, sometimes crossing it altogether. The movie includes strong, frequent profanity, including "bitch" and the "N" word. The treatment of the movie's gay character is a lipsticked caricature who's the target -- not the source -- of punchlines. There's a high level of very explicit sexual humor throughout the film. Sexual acts are described in great detail, and a frolicking couple attempt to have sex in every area of the plane. Characters partake of drugs, drink heavily to drown sorrows, and refer to "playa" lifestyles in nothing but positive terms. On the other hand, Nashawn's decision to do give something back to the community and to take responsibility for his actions is an important theme of the movie.