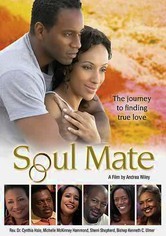 2006 NR 1h 23m DVD
Filmmaker Andrea Allen-Wiley delves into the hopeful hearts of the female African-American community, a demographic that is 70 percent single, according to a 2007 statistic. Profiling a series of accomplished black professional women as they examine their own romantic yearnings and spiritual paths, Wiley paints a complex portrait of an unsettling phenomenon. The film won Best Documentary at the Hollywood Black Film Festival.