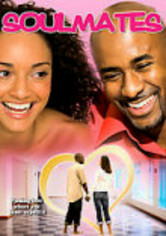 2004 NR 1h 50m DVD
For the 10 interns who sign up to be part of the online dating site BestMatch.mate, spending their summer playing Cupid turns out to be very different than they expected -- from the rash of crazy clients to the interns' own interpersonal problems. Shoentel Scott, Dennis Addison and Victoria Esher co-star in this independent romantic comedy directed by husband-and-wife team Carl and Vivian Adams.