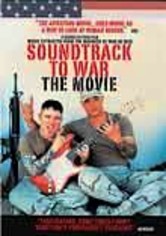 2005 NR 2h 0m DVD
During the first few years of the Iraq War, Australian filmmaker George Gittoes shrugged off the protection of U.S. military chaperones to work alone on the front lines. In the process, he captured the spirit of the soldiers around him via their love of music -- and their spontaneous musical performances -- as seen in this intimate documentary with startling combat footage that was used in the Oscar-winning documentary Fahrenheit 9/11.