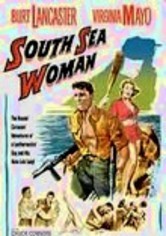 1953 NR 1h 39m DVD
In this World War II comedy, Marine sergeant James O'Hearn (Burt Lancaster), absent from his post during the attack on Pearl Harbor, is branded a coward. But during his court-martial, the circumstances surrounding his absence come to light and form a remarkable tale. Flashbacks reveal how O'Hearn's attempt to stop a fellow Marine's (Chuck Connors) wedding strands both men in Shanghai, where they're besieged in combat of their own.