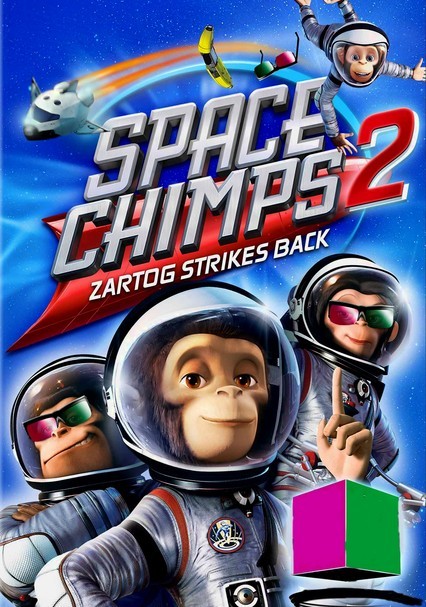 2010 PG 1h 15m DVD
After accidentally blasting off on a solo mission to Planet Malgor, brainy techno-chimp Comet attempts to prove his bravery by teaming with his simian comrades to defeat malevolent alien leader Zartog.

Parents need to know that this straight-to-DVD sequel would be age-appropriate for kids of all ages if it weren't for some mild language like "butt" and "stupid" and flirtatious comments (which some families may not appreciate but that small kids also won't understand), as well as some cartoonish violence. Most of it is played for laughs, though in a few scenes characters are "zapped" by a ray gun that disintigrates them (but it turns out they can be retrieved back into existence). There are no over-arching themes other than that friendship and teamwork can save the day.

Ham flirts with Luna, calling her "gorgeous" and "baby" and saying things like "can't keep your hands off me, can you?" Two scientists dance and hold hands.

Comical violence includes various characters being "dematerialized" by a ray gun (they're later retrieved from non-being). Zartog is electrocuted on an electrified fence, Comet crash-lands on Malgor, and Zartog repeatedly falls off of a treadmill.

Words include "butt" and "stupid."

Kids learn the importance of collaboration and teamwork, as the space chimps need to work with each other to stop Zartog from carrying out his nefarious plans.