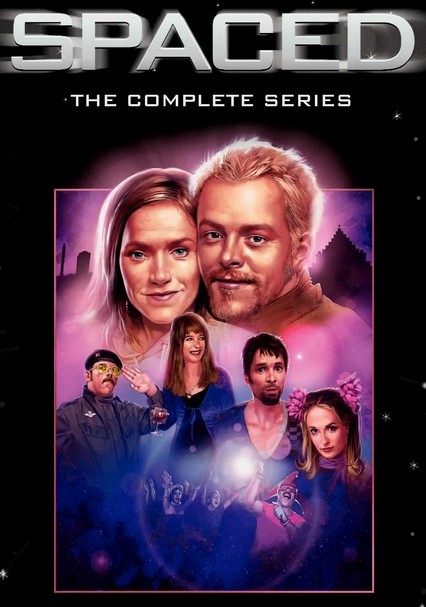 1999 NR 2 discs
In this surreal sitcom, slacker artist Tim Bisley and brooding writer Daisy Steiner meet in a café and decide to pose as a young professional couple so they can move into an affordable flat, where they do everything possible to avoid adulthood.

Parents need to know that this British sitcom is fairly heavy on strong language, sexual innuendo, and sporadic drinking and smoking. The main characters are young adults, down on luck and love, who are disillusioned with their lives and pretending to be a couple so they can hold onto their apartment. One character hops from one short-lived job to another but rarely seems bothered by her lack of direction (or affected by her presumably unreliable income). It's not exactly a realistic view of the world, but teens and young adults who understand that will get some laughs over the show's funny take on life's challenges.

Some kissing, sexual references, and innuendoes.

The characters often show little responsibility or direction in life, mostly just getting by on a series of dead-end jobs. In one scene, a man steals armor supplies for repairing his robot. Occasional obscene hand gestures (the two-fingered British equivalent of flipping someone off).

References are made to PlayStation (two characters often play it), as well as Star Wars and other pop culture touchpoints.

Lots of drinking (beer and wine) in bars and other social settings; one female character drinks and smokes heavily.