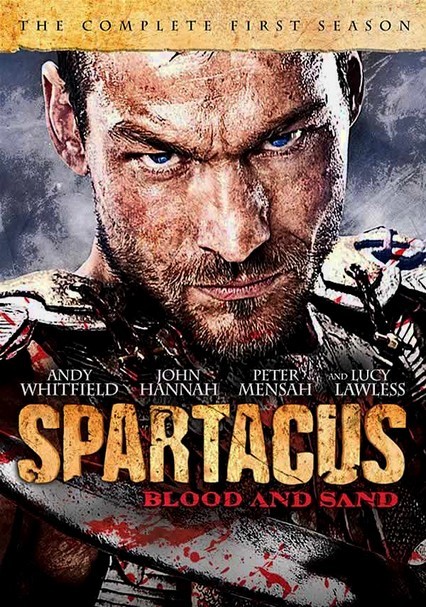 2010 NR 4 discs
Betrayed by a Roman general, Spartacus is sold into slavery to Lentulus Batiatus to train at his ludus gladiatorius in Capua, Italy. Ultimately, Spartacus must fight for his freedom and his wife's.

Parents need to know that this extremely violent swords-and-sandals series isn't appropriate for kids. There's frequent nudity (including full-frontal male and female), explicit sex scenes, uncensored swearing, and lots of graphic violence. Heads roll, blood sprays, and the fight scenes shift to slow-mo at critical moments to give viewers an even "better" look at the gruesome action. The soap opera dramatics and political intrigues make for interesting storylines, but this is a grown-up guilty pleasure at best.

Lots of graphic hand-to-hand combat, using swords, battle-axes, spears, fists, and other weapons. People are decapitated and impaled, limbs are hacked off, and blood sprays everywhere. Fight scenes shift to slow-motion at critical times just to make sure the most gruesome moments are fully visible.

Violence and treachery are the only skills that seem to have value in this period action series. Gladiators who succeed in the arena are rewarded -- the bloodier their victories, the greater the acclaim. The wealthy Romans are consumed with petty politics and care much more about personal gain and status than in the lives of slaves, whom they view as sub-human and disposable.

The warriors enjoy their wine and sometimes drink to excess. Wine also flows freely during drunken parties, leading to plenty of naked cavorting.