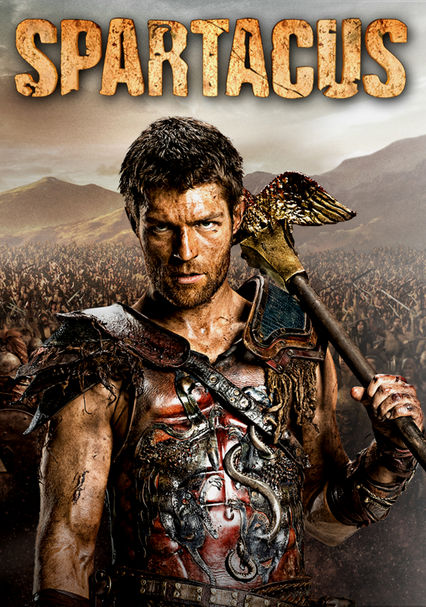 2010 TV-MA 4 seasons
After leading a mutiny against the Romans, a Thracian man is torn from his homeland and condemned to a brutal death in the arena, only to outlast his executioners and be reborn as the enslaved gladiator Spartacus.

Betrayed by a Roman general, Spartacus is sold into slavery to Lentulus Batiatus to train at his ludus gladiatorius in Capua, Italy. Ultimately, Spartacus must fight for his freedom and his wife's.

This prequel to "Spartacus: Blood and Sand" rewinds the gladiator tale to the rise of a charismatic new champion named Gannicus. Meanwhile, the cunning Batiatus and Lucretia plot to strengthen their power and tighten their grip on the city of Capua.

Rejecting bondage at the House of Batiatus, the gladiator Spartacus and his army of slaves turn toward Rome to expand their numbers. But will Spartacus abandon the rebellion in favor of revenge against the man who ruined his life?

With Spartacus and the rebels achieving victory after victory against the Roman army, the uprising grows as new slaves continually join the fight. Meanwhile, Rome's most powerful citizens unite in an attempt to crush the revolt.