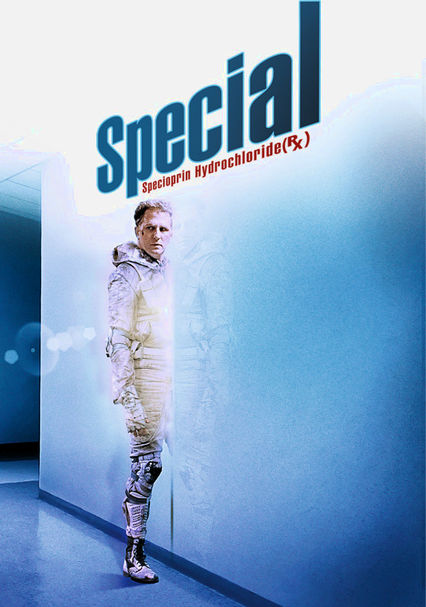 2006 R 1h 21m DVD
Enrolling in a drug study to spice up his humdrum life as a low-paid meter reader, Les Franken begins taking an experimental antidepressant, which proves to have a few unexpected side effects. Convinced that he's actually developing special powers that can be used to fight evil, Les decides to quit his day job and focus on being a superhero despite his doctor's professional opinion that his abilities are all in his mind.

Parents need to know that this depressing indie drama/fantasy -- which stars Michael Rappaport of Boston Public and Prison Break -- focuses on the side effects of an experimental drug that prove quite disturbing, and some scenes will be too much for younger teens and kids. Characters use drugs, and there's some upsetting violence -- including an attack with a pencil has a bloody aftermath -- as well as a fair amount of swearing (including "f--k" and "s--t") and a pervasive sense of disorientation and isolation.

Les has a crush on the girl at the convenience store, but nothing happens.

Les knocks people down if he thinks they're up to no good, regardless of what's really happening. A mysterious duo threatens him; a man stabs another with a pencil, and the aftermath is quite bloody. A man beats up two others with a stick. One driver deliberately runs over another.

A character seems quite depressed and takes part in a clinical drug trial hoping to be cured of his malaise. But instead, his life grows more complicated and even dangerous.

Signage for a convenience store, banks, and a news broadcast logo.

The main character takes part in a clinical trial for an anti-depressant drug. Supporting characters are shown smoking dope.