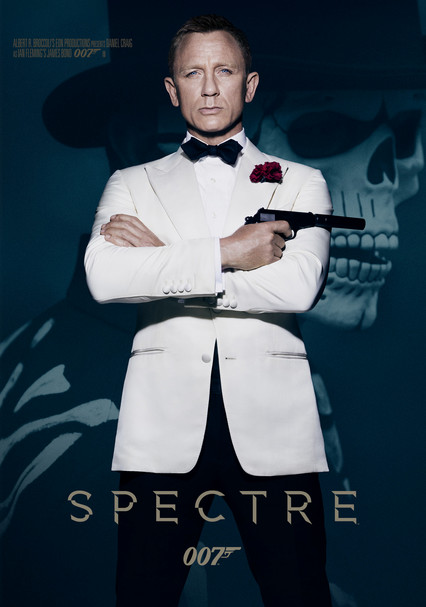 2015 PG-13 2h 28m Blu-ray / DVD
James Bond continues his run of romance and foreign intrigue in this tense thriller that pits him against the global terrorist organization SPECTRE. Already battling political interference, MI6 and Bond must again take on their most implacable foe.

Parents need to know that Spectre, the 24th entry in the James Bond franchise (and the fourth starring Daniel Craig), continues in its recent predecessors' bloody tradition, high on both violence/thrills and excitement. Expect plenty of the adrenaline-fueled action sequences (shoot-outs, chases, explosions, etc.) that signify a Bond film, as well as some cringe-inducing moments (a man's eyes are gouged, someone drills into another's brain) and a suicide by gunshot. The movie touches on the topic of adoption/foster families (references to Bond's foster brother being angry about Bond's relationship with the other boy's biological dad). There's also some swearing (including "s--t"), though nothing too over-the-top, as well as plenty of innuendo, kissing, and groping, as is always the case with Bond. And, of course, there's the classic martini (shaken, not stirred), and the requisite product placement for everything from Aston Martin cars to Omega watches.

Lots of innuendo and passionate kissing, with a clear understanding that intercourse is about to happen. But no outright/graphic nudity.

The violence isn't constant, but at some key moments, it's relentless. And when the story calls for it, the audience isn't spared brutality. People shoot at each other with the intent to kill, cars explode, helicopters and airplanes go haywire, hand-to-hand combat is bone-crunching, and at one point, a man's eyes are gouged. In another scene, a man drills into another's brain. Someone commits suicide via a gunshot to the head.

While espionage and conflict/violence are glamorized throughout the Bond series, it's also clear that loyalty has its value, especially when you're loyal to someone deserving. Getting a different perspective on life can also help you reframe your priorities.