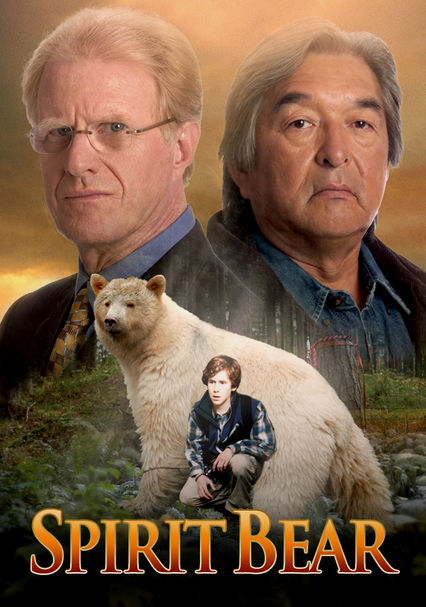 2005 NR 1h 31m DVD
After being attacked in the woods, teenager Simon is rescued by a white Kermode bear. Learning of the Kermode's endangered status, the shy teen comes out of his shell and wages a campaign to save the species from extinction.

Parents need to know that this uplifting movie about a teen activist who started "the world's largest environmental network of young people" will be of interest to activist tweens and up. Except for some language -- mostly "hell" and "friggin" -- and a car getting run off the road, the content is pretty mild. One long scene plays out like a big ad for the band The Trews as the band plays a song and then invites Simon on stage to talk about saving the spirit bear's habitat.

One kiss and some mild innuendo.

A bear almost attacks Simon and then two bears fight each other. Simon is repeatedly rear-ended and then run off the road while driving, suffering a broken leg. Simon gets some threatening phone calls and emails.

The strong message that even one voice can have the power to change the world if it's persistent and passionate enough. However there are some stereotypes here that stand out: the loggers are cruel and threatening -- even violent -- and other activists are called "freaks" who no one will listen to for dressing like hippies and protesting with signs on government property.

Practically an ad for the band The Trews. Simon gets tickets and is invited on stage to speak.