Spirit of the Glass 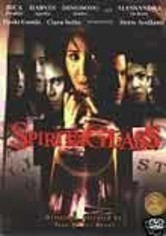 Spirit of the Glass

2004 NR 2h 0m DVD
At her family's remote ancestral home, Kelly (Rica Peralejo), her boyfriend, Choppy (Dingdong Dantes), and a group of their pals fight boredom by dabbling in a supernatural game called Spirit of the Glass, despite the warnings of a weary caretaker (Cris Daluz). But once unleashed, the terrifying forces they stir up will not be quieted. Drew Arellano, Ciara Sotto, Paolo Contis, Alessandra De Rossi, Jay Aquitania and Jake Cuenca co-star.