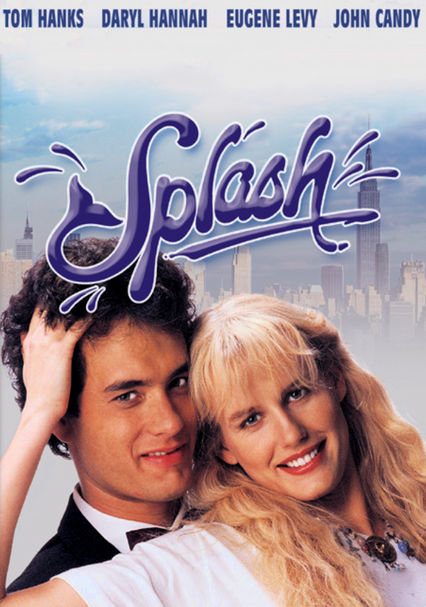 1984 PG 1h 50m DVD
In Ron Howard's first directorial hit, Tom Hanks stars as workaholic Allen Bauer, who's convinced he can't fall in love until he's rescued from a boating accident by the woman of his dreams -- a mermaid named Madison (Daryl Hannah). But if the world discovers Madison's secret, it will be sink or swim for the duo. Eugene Levy and John Candy co-star. This special edition includes original auditions, a making-of special and an audio commentary.

Parents need to know that literal-minded teens may take this fantasy for an idealized version of what relationships are like. Especially for young girls, this film may encourage them to think that what they look like is more important than what they think. There's some brief nudity (see the warnings) and comic violence, and the main characters are quite sex-crazed, though not much more than elevator make-out sessions are shown.

Allen jumps overboard as a child and later almost drowns when he falls in the water and is hit on the head by a boat. Walter is constantly beaten up for throwing water on the wrong woman. Most of the violence is offscreen.

Aside from the fact that Allen falls in love with a woman who seems dumb and mute, he seems to be confusing sex for love. Madison lies about who she is. Allen lies in order to save her.

Bloomingdale's plays a large part in this film.

Freddy drinks constantly and gets Allen drunk after a wedding. Freddy smokes cigarettes while playing racquetball and smokes cigars in other scenes.