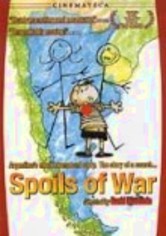 2000 NR 1h 52m DVD
In Argentina, from 1976 to 1983, a government-sponsored "dirty war" raged that saw the torture and murder of thousands of citizens. The children of those victims were often relocated to right-wing foster homes. Documentarian David Blaustein films the inspiring stories of the mothers and grandmothers who would not rest until democracy was restored and the children were returned to their rightful families.