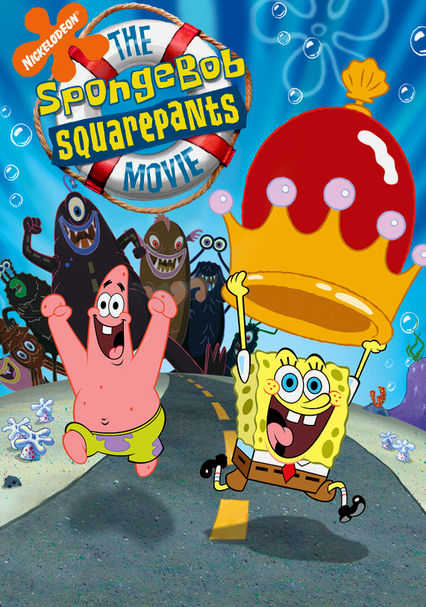 2004 PG 1h 30m DVD
SpongeBob and Patrick are shocked when Mr. Krabs is accused of stealing King Neptune's crown, and they set out on a wild adventure to prove their friend's innocence by finding and retrieving the priceless treasure themselves.

Parents need to know that this movie based on the TV character SpongeBob has cartoon violence with some mature elements -- including drunken knife fights -- that some parents may not feel comfortable with. Also, expect crude humor, name-calling, and many commercial tie-ins. Bikini Bottom seems to have an economy that is entirely fast-food-driven, which may pose a problem for families trying to teach children to eat sensibly.

Characters shown in their underpants, use of body parts for gags. A female character is ogled, and Patrick dresses in stripper boots.

Gets more violent and perilous as the movie progresses. From shoving, smacking, and stepping-on, to drunken knife fights and dagger-soled boots, there is a creative array of brutal stuff. Bullies act ruthlessly, threatening that "all bubble blowing babies will be beaten senseless." They follow up with punches a-plenty.

Some messages about compassion, loyalty, and being yourself tucked inside a whole bunch of silly behavior.

Commercial tie-ins with junk food and many other products.