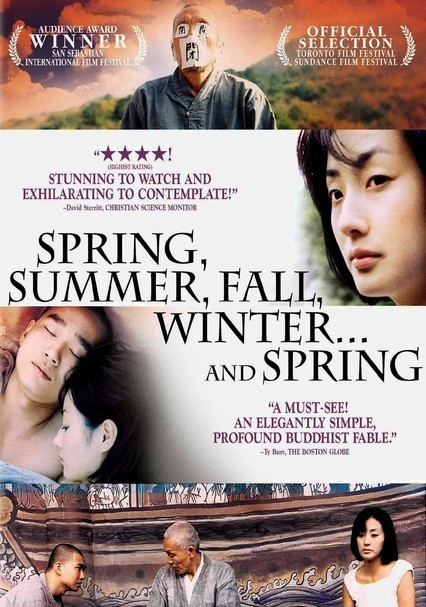 2004 R 1h 35m DVD
Under the vigilant eyes of Old Monk (Yeong-su Oh), Child Monk (Jong-ho Kim) learns a hard lesson about the nature of sorrow when his childish games turn cruel in a story that's divided into five segments, with each season representing a stage in a man's life. This exquisitely filmed drama directed by Ki-duk Kim is entirely set on and around a tree-lined lake, where a tiny Buddhist monastery floats on a raft amidst a breathtaking landscape.