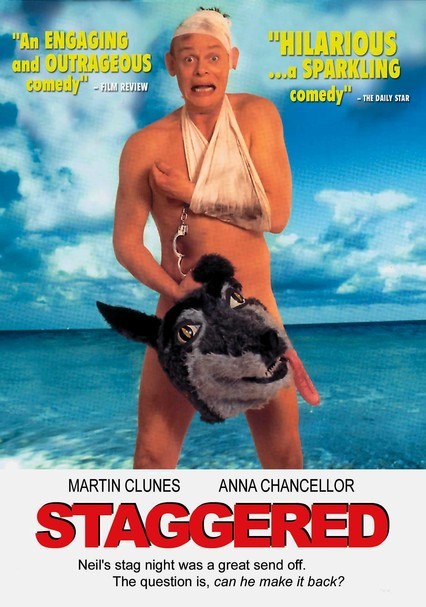 1994 NR 1h 35m DVD
Toy salesman Neil's (Martin Clunes) bachelor party gets wilder than expected when his supposed best friend Gary (Michael Praed) slips something into Neil's drink -- and the groom wakes up naked on a remote island. Now he embarks on a series of misadventures as he tries to get home. Meanwhile, back in London, Gary begins moving in on Neil's wealthy fiancée, Hilary (Sarah Winman). Clunes also directed this zany British comedy.