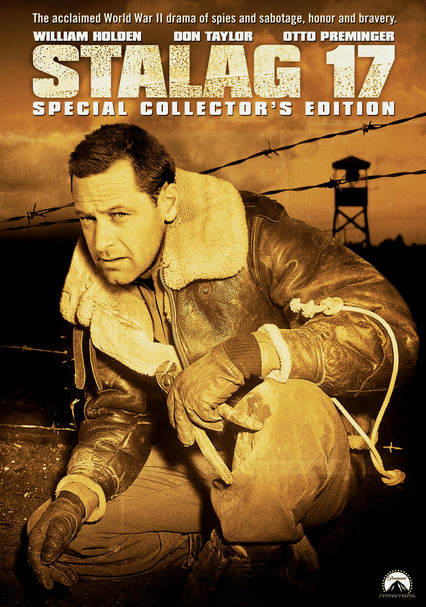 1953 NR 2h 0m DVD
For the Allied prisoners of Stalag 17, every escape attempt ends the same way: disaster. Cynical Sgt. Sefton (William Holden, in his Oscar-winning role) thinks they're all fools for trying -- but soon his hectoring starts raising suspicions that there's a German spy among them. Could that spy be him? Director Billy Wilder effortlessly mixes broad comedy and high-tension drama in this World War II classic.

Parents need to know that this movie has some sexual references. Prisoners make a telescope to spy on the Russian women prisoners and often refer to their long separation from women; Sefton bribes the German guards to let him visit the women; one prisoner keeps insisting "I believe her" when he gets a letter from his wife saying that she found a baby who happens to look just like her.

Prisoners make their own liquor.