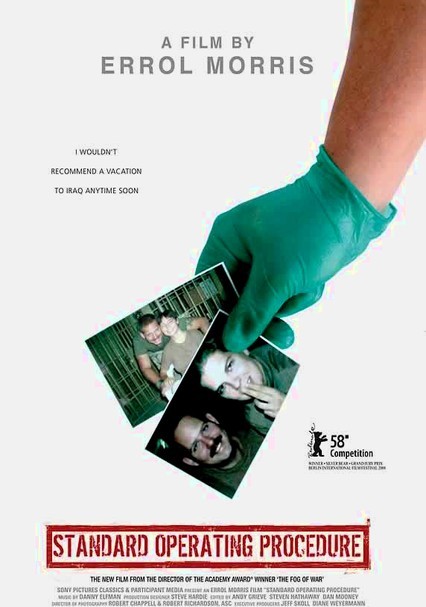 2008 R 1h 56m Blu-ray / DVD
Through captivating interviews and dramatic reenactments, filmmaker Errol Morris documents the scandal that erupted in Iraq's Abu Ghraib prison, where mistreatment of detainees at the hands of members of the U.S. military was captured on film. What was the psychological state of the soldiers? Why were the pictures taken? These questions and more are explored in detail in this engaging look at one of the Iraq War's most notorious episodes.