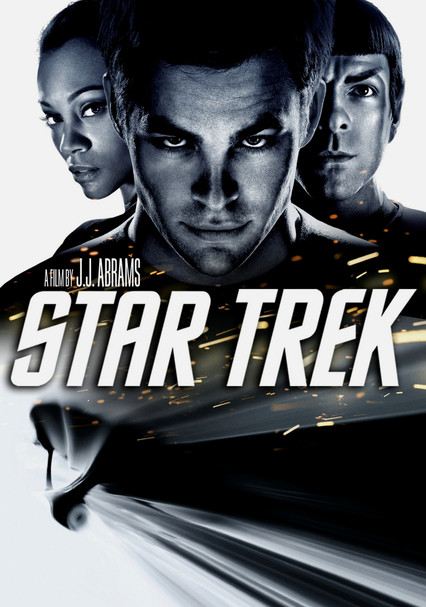 2009 PG-13 2h 6m Blu-ray / DVD
Capt. Kirk and his trusted team on the starship USS Enterprise boldly go where no man has gone before in this installment of Gene Roddenberry's sci-fi franchise that follows the early days of the intergalactic adventurers.

Parents need to know that although this slick, upbeat sci-fi adventure isn't much more violent than the earlier Star Trek movies, there's a heightened feel that gives it a little bit more edge. While the action is (mostly) bloodless, it's also intense; expect lots of fights, battles, and hand-to-hand combat. At one point, the villains destroy an entire planet of humanoid aliens. Some of the comic relief scenes have a flirty, playful sense of sexuality (Kirk has always been a ladies' man), but that's balanced by the mature depiction of a relationship. There's also a bit of language ("bulls--t," etc.) and some drinking.

Some suggestive talk and kissing; two female characters are seen in their underwear. An underwear-clad couple makes out on a bed, though it initially seems like they're having sex. There's a joke about "farm boys having sex with animals."

The sci-fi military-style action violence is plentiful but not especially bloody. At one point, an entire planet (with a population in the billions) is destroyed. The crews of various starships are pummeled by explosions, struck with torpedoes, sucked out of hull breaches into space, and generally assaulted. A character is impaled with a sharp-ended staff; another falls to her death; another receives several harsh pummelings. Some fistfights. Humanoid aliens are shot close-up; a monstrous beast threatens a character.

Some language throughout including "arse" (in the context of kicking), "damn," "ass," "hell," "oh my God," "bulls--t," "goddamn," and "whore." One clear (though not particularly noticeable) use of "f--king" in the lyrics of a Beastie Boys song played during a scene.

Even with its sci-fi action and occasional flirty sexuality, the movie has positive, welcome messages about individual responsibility, collective accomplishment, institutional tradition, and working for the greater good.

The movie is set in the 24th century, but somehow Nokia and Budweiser manage to make appearances.