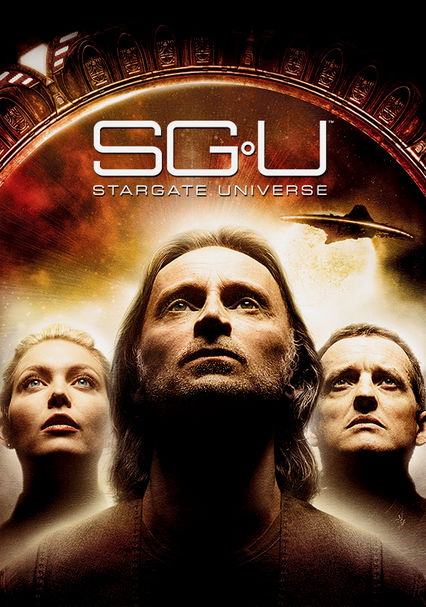 2009 TV-14 3 seasons
Sent from Earth to intercept a starship launched centuries earlier by a civilization of Ancients, a team of astronauts led by Dr. Nicholas Rush (Robert Carlyle) and Col. Everett Young (Justin Louis) is forced to evacuate to the alien craft to survive. Unable to alter the starship's mission, the crew instead settles in for the galactic ride of their lives, full of exotic creatures and hair-raising drama at the far edges of creation.

When their base is attacked, a crew of soldiers and scientists, led by Dr. Nicholas Rush and Col. Everett Young, ends up on the ancient ship Destiny -- which is desperately short on food, water, and air -- and must fight new enemies for survival.

As this second volume of episodes unfolds, the ancient communication stones used for transporting crew members' consciousness accidentally put Col. Young aboard an alien spacecraft -- and his presence inadvertently triggers an alien attack.

This edgy hit returns for a second season of deep-space action and intrigue as Dr. Rush, Tamara Johansen, and other passengers trapped aboard the mysterious spacecraft Destiny try to unravel the secrets of the vessel's Stargate.