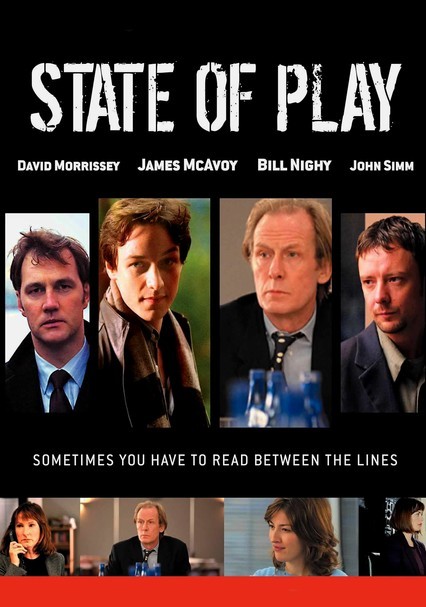 2003 NR 2 discs
Powerful politico Stephen Collins (David Morrissey) is embroiled in a scandal when his research assistant dies in a freak accident and his former campaign manager Cal McAffrey (John Simm), now a reporter, realizes the incident may be linked to the death of a drug dealer. As McAffrey digs deeper, he uncovers a dangerous connection between government and big business in this conspiracy thriller from the BBC. Kelly Macdonald and Bill Nighy co-star.