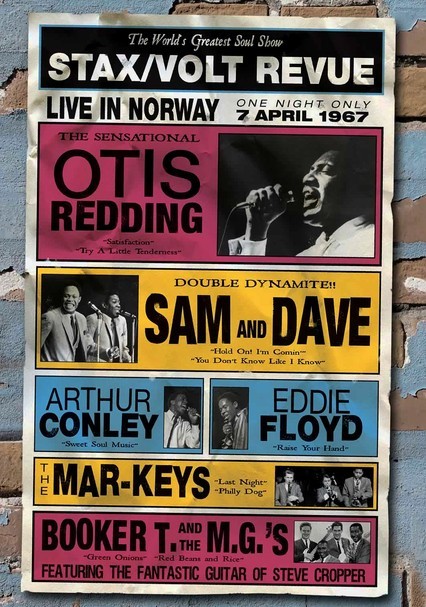 1967 NR 1h 15m DVD
Soul greats Otis Redding, Sam and Dave, Booker T. and the MGs, Eddie Floyd, Arthur Conley and the Mar-Keys set the stage ablaze in this 1967 concert from Oslo, Norway, featuring sizzling performances of "Green Onions" and "Try a Little Tenderness." Other musical selections include "In the Midnight Hour" and "My Girl." The video also features 20 minutes of restored and rare footage, such as Redding performing "Fa-Fa-Fa-Fa-Fa (Sad Song)."