Steam Around the World: The African Archives 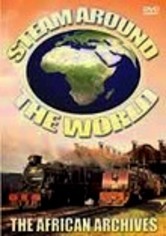 Steam Around the World: The African Archives

2006 NR 1h 8m DVD
Taking advantage of footage shot in 1965 and 1970 by railroad enthusiast Harry P. Dodge during the waning days of the age of steam, this film profiles the railways of central and southern Africa. Crisscrossing the unforgiving terrain of a wildly divergent landscape, the great railroads of Africa (including Malawi Railways, Rhodesian Railways, Franco-Ethiopian Railways and more) are revealed through their history, politics, engineering and routes.