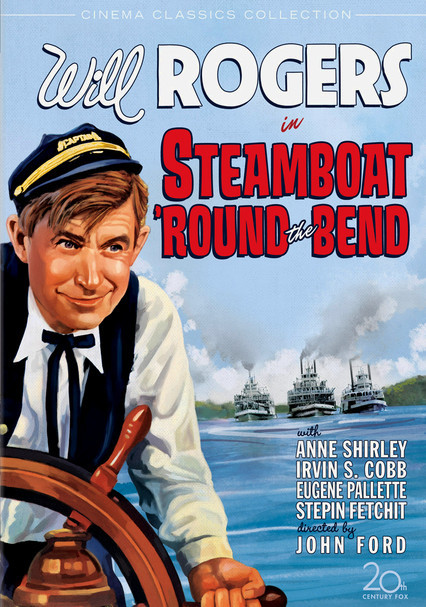 1935 NR 1h 21m DVD
Directed by John Ford, this comedy features Will Rogers in his final film role, playing a steamboat captain who tries to clear his relative's name. When his nephew (John McGuire) is accused of attacking a young woman (Anne Shirley), riverboat skipper John Pearly (Rogers) must come up with proof of his innocence. Pearly's quest ends in a thrilling steamboat race in which the captain is forced to use his own boat as fuel. Irvin S. Cobb co-stars.