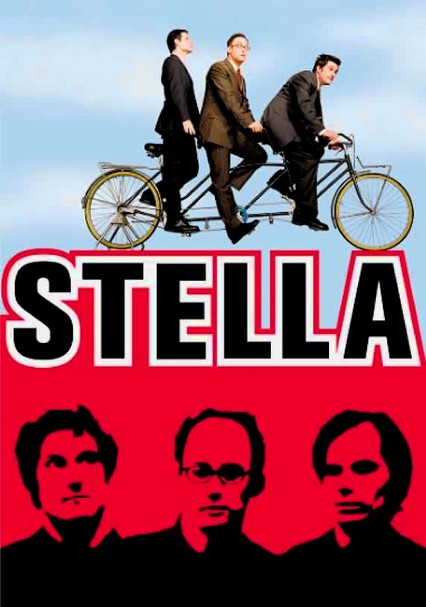 2005 TV-PG 1 season
Adapting their offbeat stage revue into a regular series, "The State" alumni Michael Ian Black, Michael Showalter and David Wain don suits to play heightened versions of themselves, a trio of friends who live together in seriously absurd fashion.

Michael Ian Black, Michael Showalter and David Wain (former members of MTV's cultish comedy-sketch show "The State") return to the small screen with "Stella," an adaptation of their surreal New York stage revue by the same name. Co-written by the comedians for Comedy Central, this offbeat series plops its well-dressed protagonists into a string of unlikely plots -- one of which involves open-heart surgery, their landlord and a butter knife.