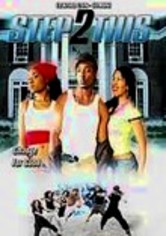 2007 NR 1h 45m DVD
When college dropout turned dope dealer Cain gets busted, he's given a choice between prison and school. Wisely, he opts for the latter, throwing himself into his fraternity's step team. Now, the team is gunning for a national title: Can Cain help lead them there? Or will his violent past overtake him first? Director Edward T. Carter keeps viewers guessing in this urban indie thriller co-starring Edward Cain, Sasky Sengamphan and Mario Locke.