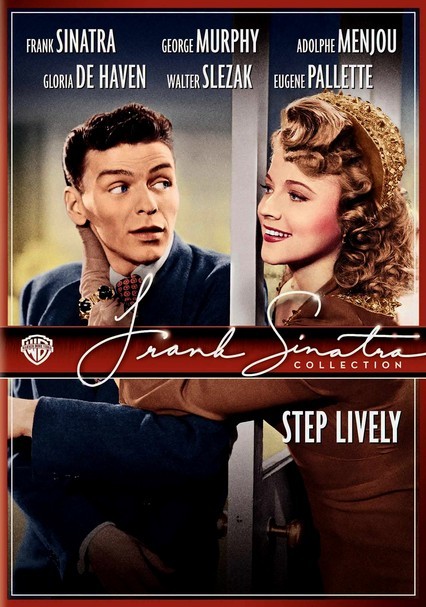 1944 NR 1h 28m DVD
Trying to keep his show on track and avoid being thrown out of his rehearsal space because of shaky financing, producer Gordon Miller (George Murphy) hatches a scheme to save the production when he realizes his playwright (Frank Sinatra) also has a great singing voice. Gloria DeHaven, Adolphe Menjou and Walter Slezak co-star alongside Sinatra (in his first top-billed role) in this musical remake of the Marx Brothers' hit Room Service.