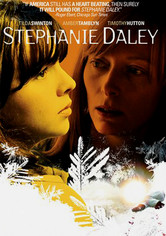 Parents need to know that this affecting indie drama tackles the subject of teen pregnancy with frankness and near-complete honesty, which may make it overwhelming for teens, since nothing is sugar-coated. Nevertheless, it does so with an admirable lack of judgment, instead presenting the story with its sometimes-overwhelming complexity and sadness intact. It's a heavy movie, one that may bring on more questions than answers, and disturbing questions at that. There's some swearing, drinking, and sexuality, but the sobering subject matter is the big issue here.

No out-and-out nudity, but a teen boy skillfully persuades Stephanie into having sex -- an act that ends in a discomfortingly aloof manner. Some kissing and petting.

Stephanie gives birth in a bathroom stall, and the frightening experience marches across her face. Blood coats her fingers and clothes. Lydie crashes into a deer.

Very manipulative seduction scene; a married woman kisses her husband's friend; a married man appears to be having an affair (or is at least considering it); Stephanie gives birth in a bathroom and later discusses what she did with the baby.

Underage drinking and occasional marijuana use. Some discussion of drinking scotch, and pregnant Lydie holds a glass of wine and talks about missing drinking.