Stephen Hawking and the Theory of Everything 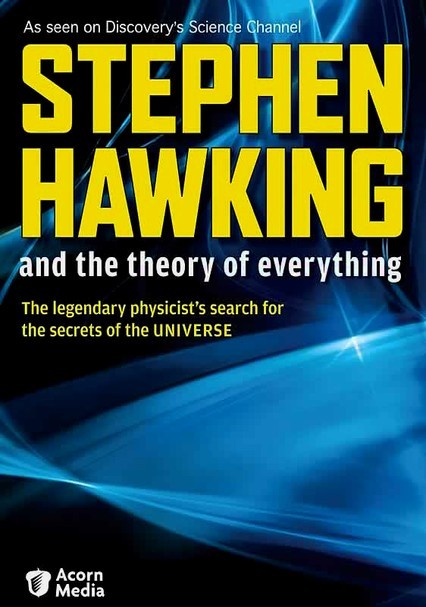 Stephen Hawking and the Theory of Everything

2007 NR 1h 30m DVD
Physicist and popular author Stephen Hawking presents his views on the elusive Holy Grail of modern physics: a theory of everything, so called because it would, if found, explain everything in the universe in a single set of equations. Hawking and several noted colleagues discuss cutting-edge developments in physics, such as string theory and supersymmetry, that hint at a theory of everything. Computer graphics help simplify the complex topics.