Steve Hackett: Once Above a Time: Live in Europe 2004 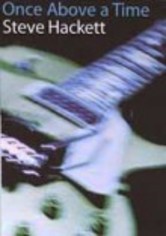 Steve Hackett: Once Above a Time: Live in Europe 2004

2004 NR 2h 15m DVD
Recorded in Budapest in April 2004, this video captures composer and guitarist Steve Hackett's final performance of his European tour in support of his album "To Watch the Storms." It combines songs from throughout the course of his long career, including such classic Genesis tracks as "Blood on the Rooftops," "Firth of Fifth" and "Los Endos." Other tracks include "Ace of Wands," "Spectral Mornings" and "Valley of the Kings."