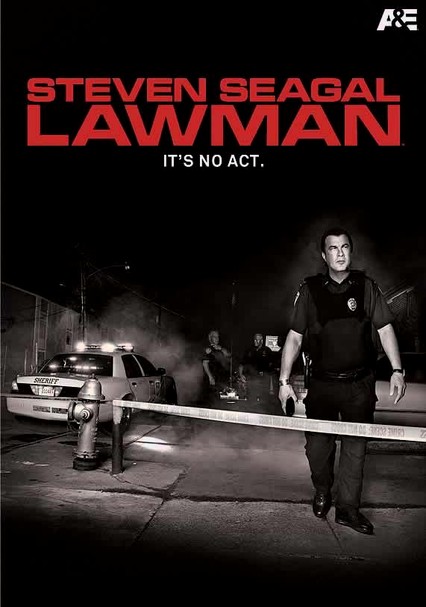 Parents need to know that this reality series -- which follows movie star-turned-Deputy Sheriff Steven Seagal -- features the standard violent images (guns, car chases, suspects getting Tasered) and other edgy content that real-life cop shows are known for. The use of martial arts in police work is frequently discussed and/or shown; drugs, alcohol, and drunken behavior are also visible. Expect some salty language (though words like "s--t" and "f--k" are bleeped) and somewhat stereotypical messages about the relationship between poverty, race, and crime.

The sheriffs engage in high-speed car chases and knock down and Taser alleged criminals. Guns are fired during target practice, and automatic weapons, rifles, and bullets are visible during arrests. Seagal offers martial arts demonstrations to help officers learn how to better defend themselves. Gang violence, including murder, is sometimes discussed.

Seagal credits his ability to be a good sheriff to his commitment to the martial arts. He's highly supportive and respectful of law enforcement. On the downside, the series sends stereotypical messages about the relationship between poverty, race, and crime.

The officers drive Ford SUVs, but the makes/models aren't obviously featured. Some references to Seagal's films, like Above the Law.

The sheriffs occasionally have to break up drunken arguments. Open containers of hard liquor (like vodka) are visible. Drugs (marijuana, narcotics) are occasionally visible during arrests.