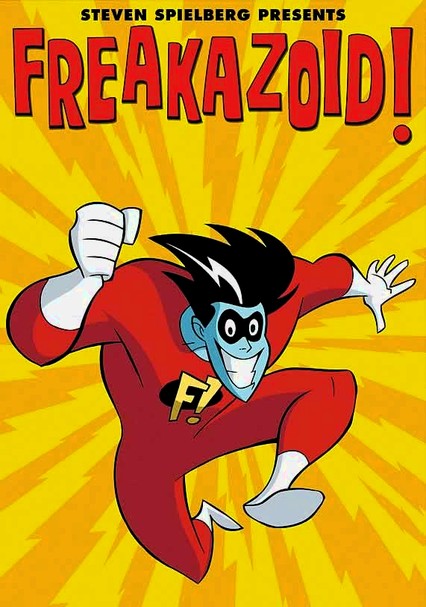 1995 TV-G 1 season
Executive-produced by Steven Spielberg, this hand-drawn series -- which charts the adventures of a teenage computer geek who can transform into the superhero Freakazoid -- picked up a pair of Daytime Emmys for its opening theme and animation.

The second season of this wacky animated series (executive-produced by Steven Spielberg) continues to follow fearless Freakazoid as he walks the fine line between being a superhero and computer geek Dexter Douglas. As the action unfolds, Dexter finally has a chance with Steph, who agrees to go out on a date with him -- but interference from the Lobe could ruin everything. Later, Guitierrez returns with a scheme to destroy Freakazoid's reputation.