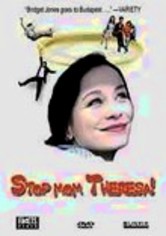 2004 NR 2h 7m DVD
This Hungarian hit comedy stars the adorable Gabriella Hámori as Kata Keki, who calls it quits on helping other people and decides to focus on herself, more specifically, on her search for Mr. Right. The contenders include a yuppie ex-boyfriend (Ferenc Hujber), an Israeli student (Sándor Csányi) and an aggressive businessman (Zsolt László). Péter Bergendy's directorial debut is adapted from a popular Hungarian novel by Zsuzsanna Rácz.