Stories from the Vaults: Season 1 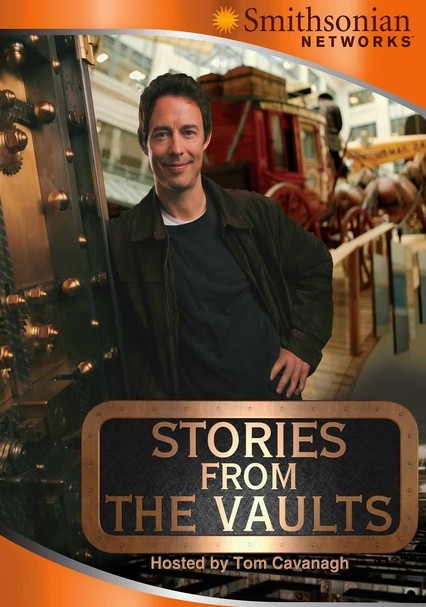 Stories from the Vaults: Season 1

2007 NR 3h 9m DVD
Get a look at some of the most prized treasures housed in the Smithsonian Institution, along with interesting inside stories about the famed American museum, with this program hosted by television actor Thomas Cavanagh. He leads viewers behind the exhibits and into the Smithsonian's private rooms, cutting-edge storage vaults and laboratories to explore some of the millions of rare items museum goers don't normally see.

Parents need to know that some of the stories featured in this educational series touch on behavior toward which attitudes have changed over the years -- including ethnic humor, hunting, smoking, and drinking. Host Tom Cavanagh is also something of a smart aleck at times, often poking fun at the things he discovers, but overall he seems interested in learning about them.

Some scenes feature preserved animal skins, dead birds, and marine specimens. Some historical footage of shooting during a hunt.

Since much of the series deals with historical figures and what they did, there are several examples of behavior that would be questionable today but was perfectly acceptable in its original era (ethnic jokes, etc.). Even so, the show encourages a passion for learning at all stages of life. Host Cavanagh does poke fun at what he finds, but he's clearly interested in the subject matter, too.

Some images of people smoking and, when it's part of the story, mentions of drinking. (For example, the show mentions that author John Steinbeck and his marine biologist friend spent time on their scientific expedition "boozing" on the boat.)