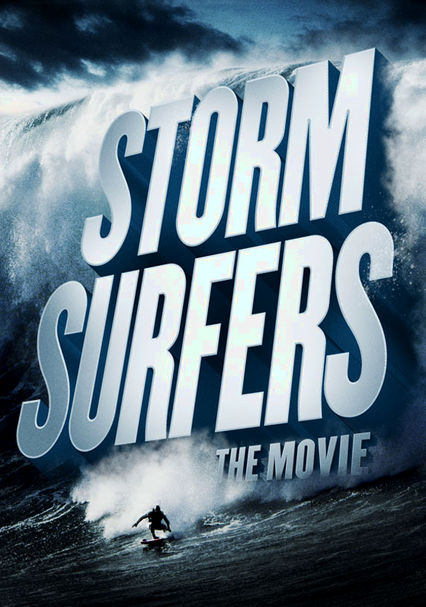 Parents need to know that Storm Surfers 3D is a documentary about two legendary Australian surfers who travel miles offshore searching for giant waves. It's a movie mainly for surf fans rather than for newcomers, and for the uninitiated, it may seem shallow, more in line with a TV reality show. But surf fans should enjoy the beautiful cinematography. Expect some scary wipeouts and Jet Ski crashes, though the surfers mostly emerge unharmed. Language is mild, with only a couple of uses of words like "crap" and "sucks," as well as exclamatory uses of "Jesus" and "God." One scene shows a nightclub full of scantily-clad women. Red Bull is a financier and sponsor on the movie, and the logo is seen and the drink is mentioned at least once.

Some scary scenes of terrible wipeouts, with characters sucked underwater for interminable periods of time or Jet Skis tossed about. Characters generally emerge shaken but unharmed.

Language is very infrequent and only includes uses of "God" and "Jesus" (as exclamations) as well as "crap" and "sucks."

The movie has some messages about continuing to do something you love, even if everyone tells you it's over. It also celebrates getting up and trying again, even after painful and frightening failures. Finally, there's a worthwhile message about continually striving to learn and better yourself.

Red Bull helped finance the movie and appears to be a sponsor. The logo is seen at least once, and a character mentions that he has just had one.