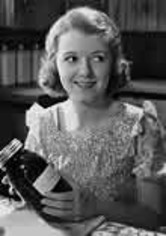 1928 NR 1h 42m DVD
Janet Gaynor scored a Best Actress Oscar for her superb performance as an impoverished gamine named Angela who must choose between selling her virtue and letting her ailing mother go without medicine. On the run from a prostitution charge, Angela meets struggling young artist Gino (Charles Farrell), and they fall in love. But their joy evaporates when police arrest and imprison Angela, plunging the disconsolate Gino into a downward spiral.