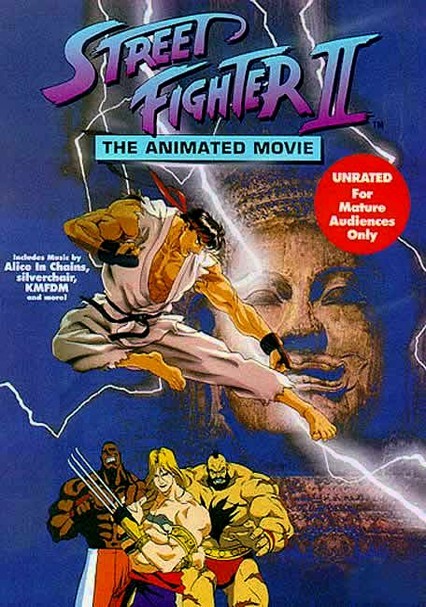 1994 NR 1h 36m DVD
Although most of the characters from the popular Street Fighter II video game make cameos in this animated film, four young favorites -- tough-guy Ryu, rich-kid Ken, bad-boy Guile and boy-toy Chun Li -- take center stage to bring down the evil Bison, who has plans to destroy the world. Plenty of fast-action fight sequences keep this movie plugging along. But while it's animated, it's not child's play.