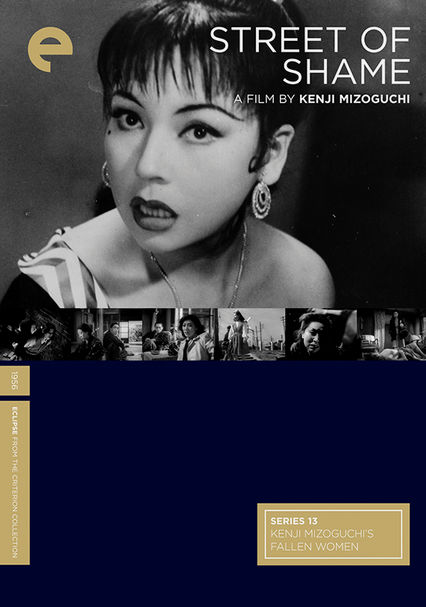 1956 NR 1h 25m DVD
The women in a Tokyo brothel try to keep their heads above water and pursue their dreams, but they face constant degradation. Nonetheless, they struggle to support husbands, bail relatives out of prison and pay for their children's education. This poignant drama was legendary Japanese filmmaker Kenji Mizoguchi's final film, and was said to be instrumental in influencing the law banning prostitution that was passed in Japan a year later.