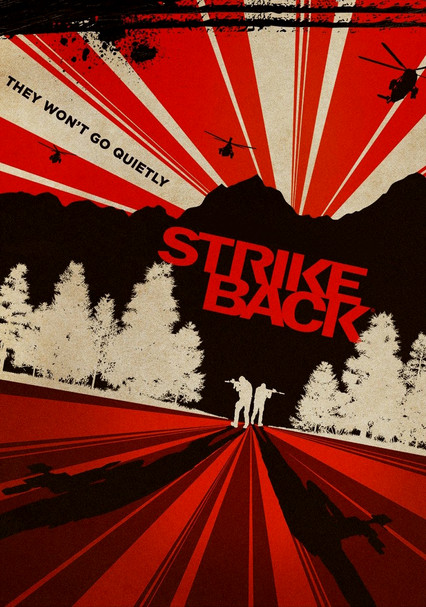 2011 TV-MA 6 seasons
Two members of an elite, secret branch of MI6 -- a British sergeant and former U.S. Delta Force operative -- track an international terrorist around the globe to thwart his plans to use weapons of mass destruction for a deadly attack.

With a dangerous international terrorist on the loose, a former U.S. Delta Force operative teams with a British sergeant to hunt him down. But if their collaboration fails, the whole world is at risk.

As Season 2 unfolds, Michael Stonebridge has been demoted to training recruits, while Damian Scott is sent to rescue hostages in Mogadishu. But Scott's mission is compromised when he learns that one of the hostages is part of Qaddafi's regime.

MI-6 terrorist trackers Stonebridge and Scott take on the dangerous pursuit of al-Zahuri, a radical mastermind planning to unleash mass destruction. The special-ops warriors follow the trail to Colombia, where they find themselves targeted instead.

Baxter's involvement in a mission gone wrong ends Stonebridge and Scott's vacation and leads them to follow the terrorists' trail to Colombia. In Beirut, drug-addicted Dalton pursues her own search for revenge against those who betrayed her.

Season 5 of Strike Back introduces four newly minted members of Section 20, the disbanded secret British anti-terrorist unit that has been resurrected in the wake of a deadly terrorist's escape. Faced with daunting odds in a variety of hostile settings, the new team take full advantage of Section 20's state-of-the-art resources to prevent the elusive Omair Idrisi and his equally sinister British-born wife Jane Lowry from unleashing a stolen cache of weapons of mass destruction. As the team journeys across North Africa, the Middle East and Europe, they uncover a toxic conspiracy that threatens to destroy them and change the face of modern warfare forever.

When terrorist Omair Idrisi gets away in a botched exchange between Syrian forces and MI6, the resurrected Section 20 is dispatched to recapture him -- first trapping an arms dealer and then forcing him to help set a trap for Idrisi.