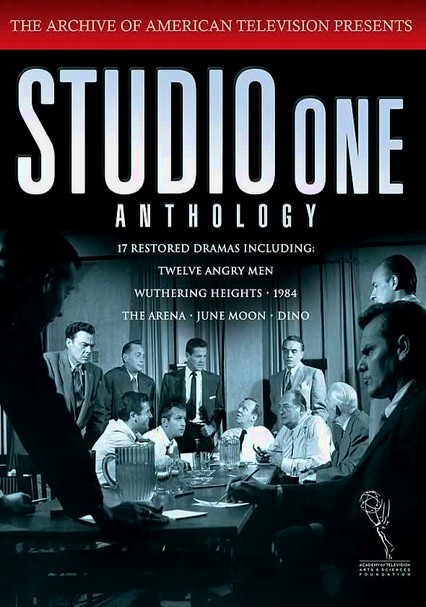 1948 NR 6 discs
A mainstay of television's golden age, the Emmy-winning series "Studio One" featured Hollywood icons starring in acclaimed dramas, some of which were later translated into feature films. This anthology compiles 17 of the best episodes from the show. Jack Lemmon, Charlton Heston, Lee Remick, Leslie Nielsen and Elizabeth Montgomery are among the stars who appear in these remastered broadcasts, presented here with their original commercials.