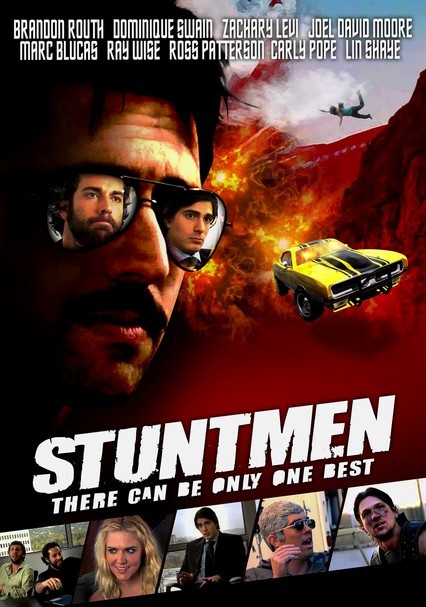 2009 R 1h 36m DVD
Nominees for Stuntman of the Year, Eligh Supreme (Marc Blucas) and Tank Macho (Ross Patterson) are the best in the industry -- and bitter rivals. So when a documentary film crew refuels their longstanding feud, an egotistical battle of words becomes an all-out press war. And both sides are prepared to settle it once and for all. Zachary Levi and Ray Wise co-star in this hilarious mockumentary written and directed by Eric Amadio.