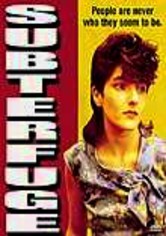 1983 NR 1h 44m DVD
Driving home late one night in Paris, Serge accidentally hits and kills a man. Fearing the consequences of reporting the accident, he panics and flees the scene, but is later consumed by guilt and obsessed with the man's death. After reading an article about the victim, Serge visits the suburb where the man lived and discovers he has a beautiful daughter, to whom Serge finds himself strangely attracted.