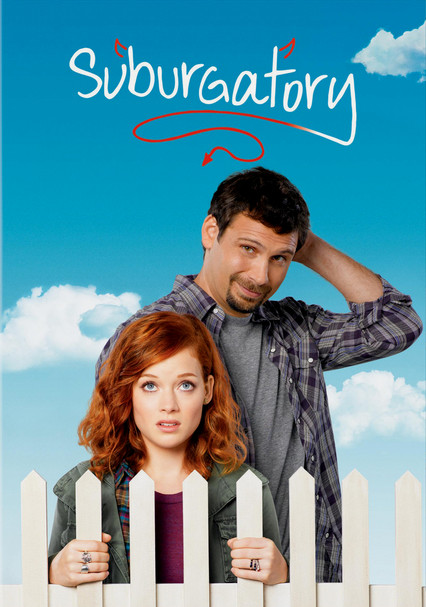 2011 TV-PG 1 season
Newly divorced Manhattanite George Altman and his 16-year-old daughter move from the city to a bucolic suburb. But something about the Altmans' new neighborhood doesn't seem quite right, and they soon discover that it's a little &NFitoo&NFi_; perfect.

When single dad George finds a packet of condoms in his teen daughter Tessa's bedroom, he decides it's time to get out of New York City and into the suburbs -- a prospect that sickens Tessa and requires plenty of getting used to in this droll series.

Parents need to know that this fish-out-of-water comedy centers on a self-assured teen who's insightful, outspoken, and willing to stand up to peer pressure for her personal beliefs. Even better, these positive qualities are a direct result of the values instilled in her by her dad, whose devotion to his daughter makes him a model (but certainly not perfect) single parent. That said, the show falls back on stereotypes of suburbanites, socialites, and homosexuals for plenty of laughs, and there's a lot of sexual content that's definitely not appropriate for tweens (marital infidelity, teens talking about having sex, condoms). Language is also a concern ("bitch," "damn," "hell," and the like), as are exchanges between teens that make light of peer pressure and social bullying. If your teen is ready for this kind of content, though, this very funny series raises some discussion points for families and offers sweet moments that underscore themes like tolerance and respect for diversity.

Mostly inferences and innuendo, including mention of teens' sexual activity, adult infidelity, "screwing," homosexuality, "vagitarian," "nympho," and paraphernalia like "rubbers" or condoms. Teen girls dress provocatively in revealing tops and short skirts, and in some cases, their moms encourage them to sex up their outfits to appeal to guys. Heavy flirting is common by both adults and teens, and some couples do engage in make-out sessions.

Occasional use of words like "damn," "bitch," and "hell."

Family dynamics, friendship, and social pressure to conform are explored, resulting in positive messages about individuality and self-esteem. While mean-girl attitudes and bullying are common among teens -- and most of the supporting characters (especially the women) are stereotyped as divas, mom types, and geeks -- the cast's lack of diversity is intentional, meant to take a jab at the "white-washed" nature of suburban life.

Red Bull is the drink of choice for many of the characters, and the dialogue often draws attention to its prevalence in a way that pokes fun at their "addiction."

Some exchanges include references to smoking pot. Drinking in all forms (mixed concoctions, champagne, beer, wine) is common among adults.