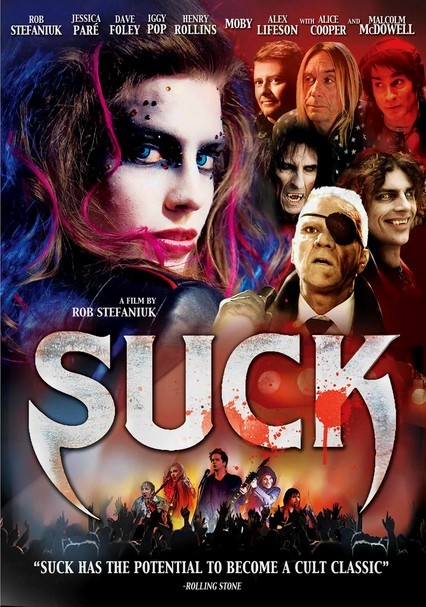 2009 R 1h 31m Blu-ray / DVD
Singer Joey (Rob Stefaniuk) and his band, the Winners, will do anything for rock 'n' roll immortality. So when vampire Queeny (Dimitri Coats) bites into bassist Jennifer (Jessica Paré), the musical wannabes prove that vampires can rock, but stardom too often sucks. Malcolm McDowell stars as a vampire hunter, Henry Rollins as a radio show host, Iggy Pop as a producer, Alice Cooper as an evil bartender and Moby as a rock band's lead singer.